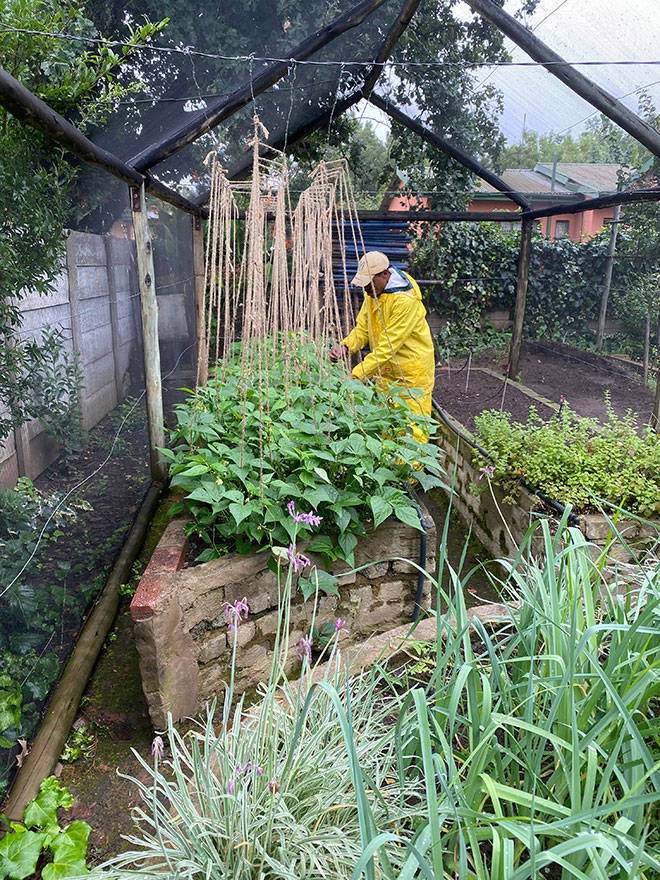 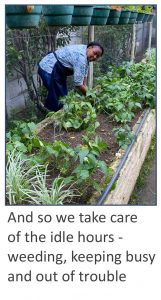 In our last blog, we spoke about creating a peaceful environment for the pleasure of our guests. Now more than ever we pursue that goal, not only for our guests but also for ourselves, to maintain sanity in these strange and crazy times.

The garden now occupies those idle hours, at least ensuring our staff has work.

This year, summer came with a lot of rain and there were days that garden activities were confined to indoors. It is convenient to have a little plant house.

We have had a severe winter and with the occurrence of Black Frost, both injuries and fatalities occurred. We have lost a couple of “hardy shrubs”; some trees were severely hit and we dreaded losing them. But after a serious “hair cut”, short back and sides, many have miraculously recovered. 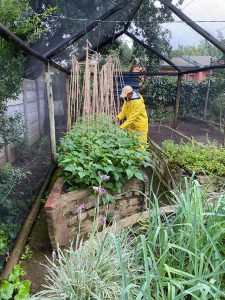 It is important to know the plants growing in your garden, and how sensitive they are to winter conditions, often not predictable and most of the time unexpected. So, take the necessary precautions, especially in areas where frost occur.

Not all lemon trees survive frost. The Eureka is sold as being hardy and can withstand winter temperatures – not so. When hit, they hardly ever recover fully, and if they do, it takes at least 4 years.

Lovely to have lime trees in the garden, but be sure to cover them properly for winter and as early as from May. Consider erecting a permanent structure that can easily be covered with a 3-layer frost cloth. Also take care to plant them in a protected yet sunny spot and don’t forget to feed and water them. Take care of your citrus trees, the yield is rewarding. 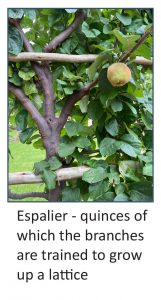 Four years ago, we planted our Espalier – we used quince trees. Right from the start they grew well, we dug deep holes, used a lot of compost and organic fertiliser. For two years they bore no fruit and in the third year we counted 3, which soon disappeared. And now, in the fourth year, we counted forty-five! We are still novices on quinces, so we cannot explain why all of a sudden at the same time, the fruit dropped, even though they were still green. So, we are now ripening them in a warm room. 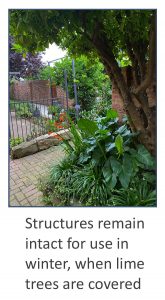 Previously we spoke about reducing the size of the lawns; and we are forever doing that. We manufacture our own paving blocks and we use Mondi grass as fillers, outlining and emphasising what we intend to not only be a feature or enhancer to a focal point, but also to save water.

We have a special affinity for succulents, reason being because they don’t need much water, but mainly because of their splendour and versatility. They are decorative both indoors and outdoors. They grow easily and don’t require much attention and they multiply rapidly. 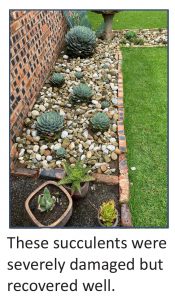 One thing we have learned the hard way; they do not escape the harshness of Black Frost. To our dismay, flower boxes we had created and decorated with stones and succulents, were slain. Our efforts to establish eye catching vocal points using rock and succulents, almost in vain. Our salvation was the fact that we are forever taking and planting slips; the pantry was stocked. Although the plants we have replaced them with will take a while to grow to the original size, it soon will be.

Frost occurs when ground temperatures drop below 0ºC. It is visible; a white layer of frozen water can be seen on the ground or on plants close to the ground. Cloudless winter nights and dry air contribute to the occurrence of frost.

Black Frost however, is a severe frost without snow or rime, and blackens vegetation. It occurs during subfreezing temperatures, not often though, but far more damaging than the usual white frost we all know. It is not visible, but can kill trees and shrubs. 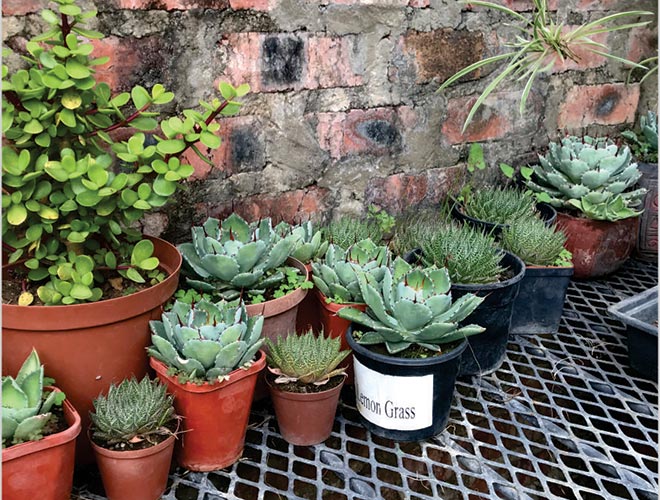 Winter gardens can be a challenge, or not? One of the special features at The Crown Guesthouse would probably be the gardens. A lot of time is spent creating a peaceful environment for the pleasure of guests; quite a few people go home aspiring gardeners. Autumn in the Eastern Free State can start as early… 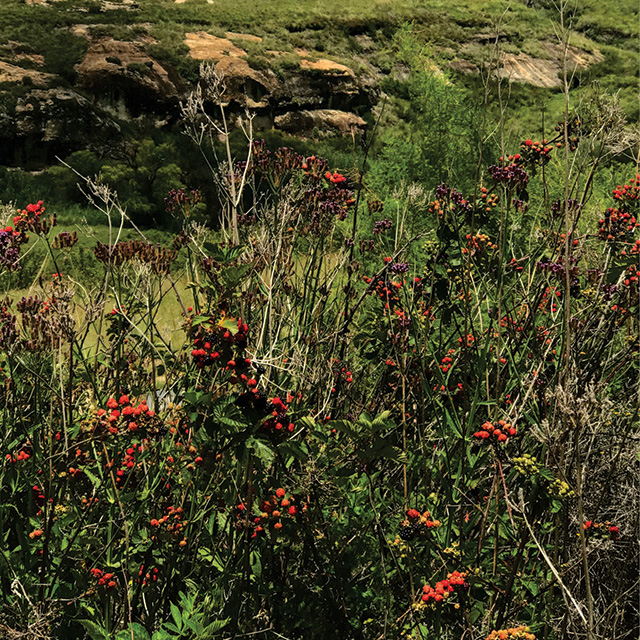 Supporting the rural Farmers Despite the fact that we manage quite a sized vegetable garden and that we have our own Plum tree, there are so many fruits that are now in season, which we do not have in our garden. A summer drive out into the country is quite a lovely experience, especially after… 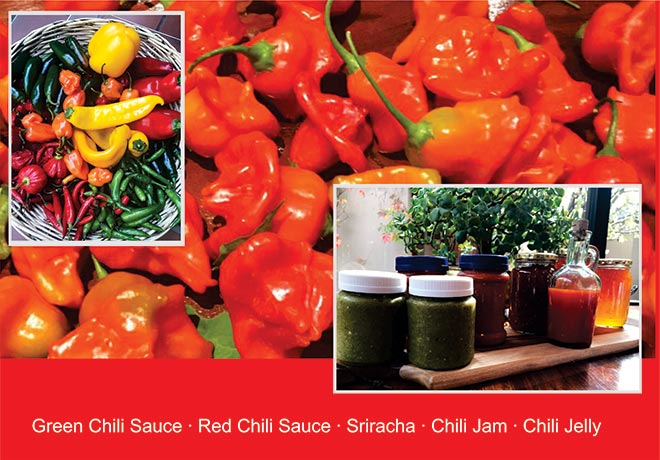 Processing Chilies in chilly weather Come May, come chili cooking time and quite appropriately so. In the Eastern Free Sate, where The Crown Guesthouse is situated, it is quite common for temperatures to drop suddenly. May is also the month the chilies ripen, and when it does, they should be processed before the first frost… 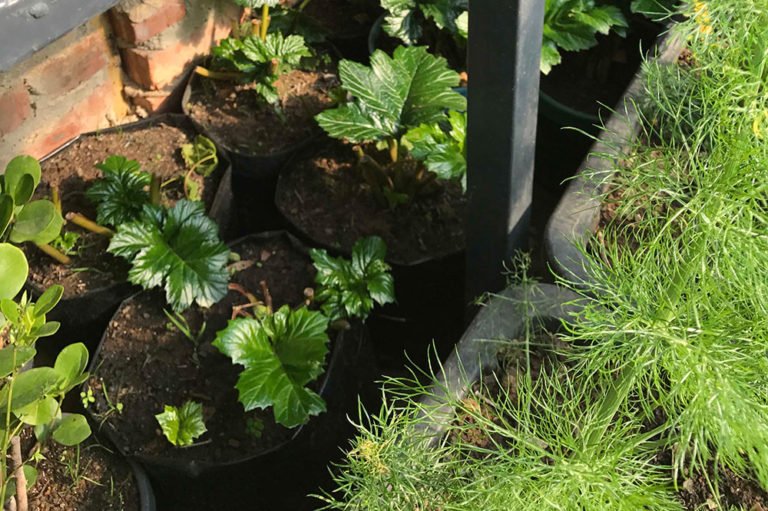 People talk about low seasons and high seasons; usually low seasons are the winter months in the Eastern Free State. Well, I suppose it depends on what you consider “low”; does it mean less work? Keeping extensive gardens and making food (vegetables), there is no such thing as low season, even in the very cold,… 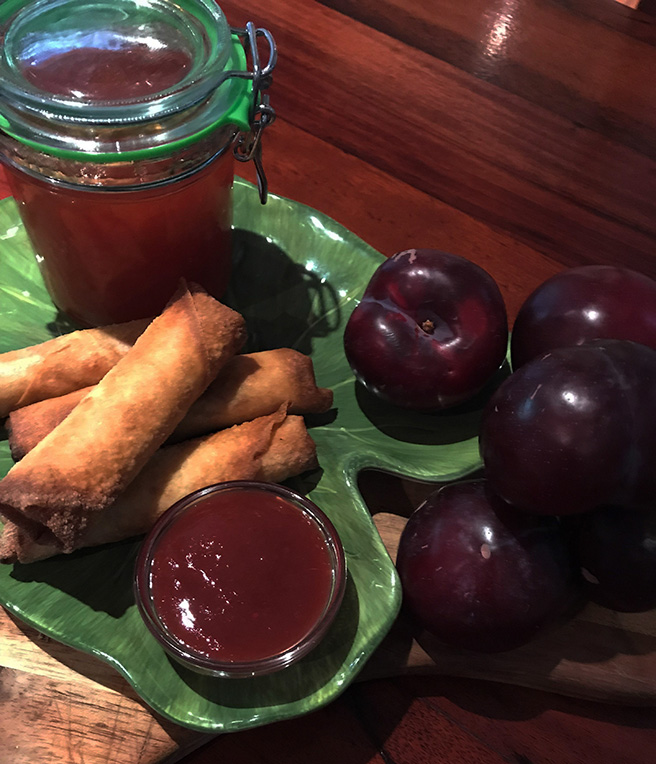 On Plums For those who don’t know, the book titled The Joy of Cooking by Irma S Rombauer, was once upon a time the best-selling recipe book, until Julia Childs stripped her from her best-selling-author status with Mastering the Art of French Cooking. We have decided to redefine both titles; The Joy of Seasonal Cooking,… 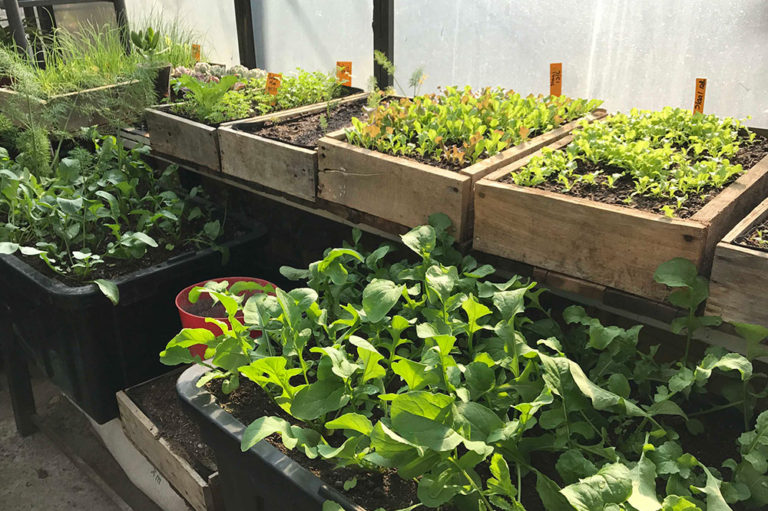 There is definitely joy in cooking, more so, if you harvest some of the ingredients from the garden. And harvesting especially from a winter’s garden is even more rewarding. The words, “Nothing grows in winter” is far from the truth. Granted, some plants need protection, as they are sensitive to frost, but there are plenty…